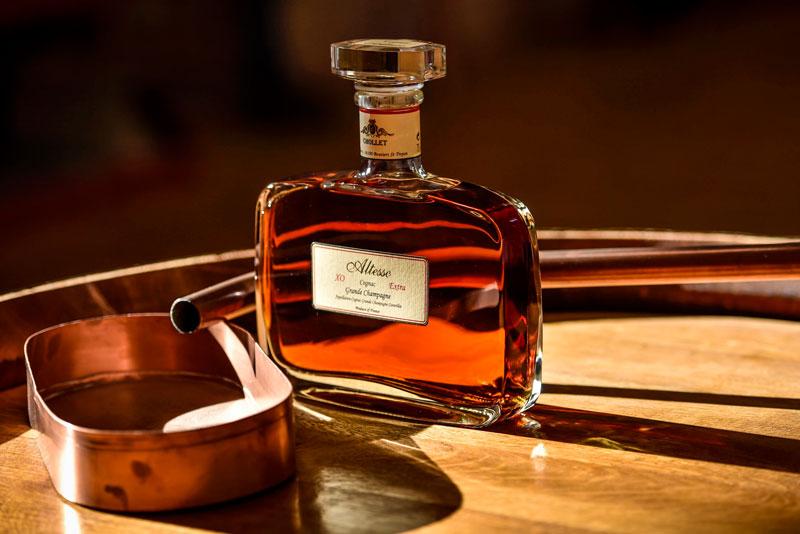 Cognac, also known as eau-de-vie, was the first product to receive a French AOC in 1909.

Cognac, also known as eau-de-vie, was the first product to receive a French AOC in 1909.
Cognac’s properties are essentially down to a delimited production area: Charente-Maritime, large parts of Charente and some villages of the Dordogne and Deux-Sèvres. The main grape variety used is Ugni Blanc and its production process draws on a thousand years of heritage set out in its specifications. The cellar master oversees maturation of the eau-de-vie, careful blending of the different ages and crus, and oak barrel aging for at least two years from the April after the harvest.

How to serve it

A Cognac can be identified from its label via various statements required by national and/or European regulations. Understanding a Cognac label!

Generally speaking, all merchants make their blends using eaux-de-vie which are older than the minimum requirements. The most prestigious may even have been aged for multiple decades.

Aging designations on labels and the way in which they are used should not create confusion in the minds of purchasers or consumers regarding the age or essential qualities of the Cognac in question.

Vintages
These are Cognacs made from eaux-de-vie which all come from the same year (the year of the harvest is stated on the label). This is not a common practice for Cognac.

Cognac is among the most appreciated alcohol around the world, in 2017, export figures reach an amount of 197 millions bottles, a record for Cognac !

Complete your dinner table with a bottle of wine f