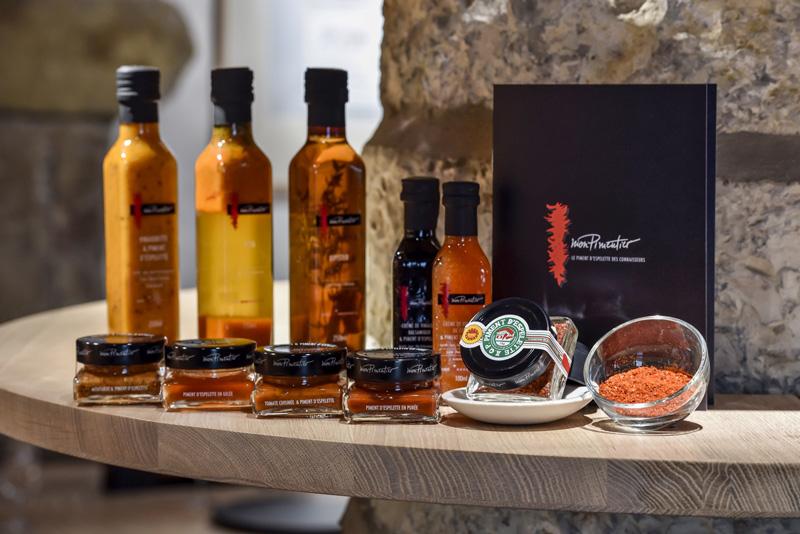 Imported from South America, the Espelette pepper is an emblem of the Basque Country, its gastronomy and its culture.

Imported from South America, the Espelette pepper is an emblem of the Basque Country, its gastronomy and its culture. It now enjoys an AOC controlled designation of origin, which limits its production area and imposes rules to follow for its production.

This pepper takes its name from the small town of Espelette, located in the Basque Country.
The production of Espelette pepper is based on knowledge passed down from generation to generation. Its human-sized culture is limited to 10 villages. More than quantity, quality matters.
Espelette peppers are red in colour when ripe and available in three different versions:

Espelette pepper is primarily used as a spice in all of its forms. It should not be confused with bell peppers from the Basque Country, which are a mild and sweet green vegetable.

How to serve it

Espelette pepper is great for everyday use!

In strings (either fresh or dried), strips can be used in your dishes, sauces or marinades, or even softened in oil like garlic or onions. They can also make an appearance in cooking liquids (pasta, rice) or stew recipes.
You can even grind your peppers (including seeds) down to a powder once the string has been dried for around two months.

In powdered form, Espelette pepper is used at the end of the meal preparation to spice up your dishes and enhance their flavours. As a key condiment, it is a good replacement for pepper. Enjoy unreservedly!
The espelette pepper has been used instead of pepper in Basque cuisine for five centuries and serves to enhance the “dishes of the soil”.

Complete your dinner table with a bottle of wine f